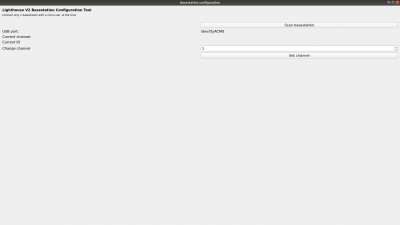 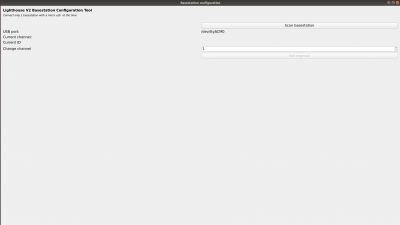 . As you can see I don't get the success message, and the current channel and ID remain empty.

Is there something I missed?

I still tried to continue and work with flying drones, although I was not sure if the channels are set. The drones could fly, and the colors under receiving, calibration, geometry and estimator are green (lighthouse positioning tab). However, under receiving and estimator the colors change from green to yellow and then green again, roughly every 5 seconds (the yellow color remains for less than 1 sec.). I can also see the colors change on the lighthousedeck.

I had the same problem,
and guess what? It was a connecting problem of the usb plug.
Moving and shaking I established a connection, changed the channel and the V2 is running.
Top

First question is if you clicked the "Scan base station" button?
My guess is that you did as it found a port (/dev/ttyACM0 in your case).

What is missing though is the current channel and id that should have been filled in when the base station was scanned.

I don't know exactly what the problem is but let's try to figure it out.

Behind the scenes we are connecting to the base station as a serial port terminal and are issuing commands and parsing output. Since everything is reverse engineered, we don't really know that all base station firmware versions behave in the same way, so it is possible that your base station is doing something we don't expect.

It would be of great help if you could connect to the base station in a terminal window and see what it looks like for your base station. Use a terminal program like

(you might have to install one of them) and connect to the device indicated in the python client. In a terminal window do something like this:

When connected, hitting the the TAB key should give you a listing of all commands. Please post the list of commands here to let us know what it looks like. Thanks!

The commands we use to configure the base station is

to get/set the channel and

to get the id.
Top

Hi, yes I scanned, without scanning it looks as the following 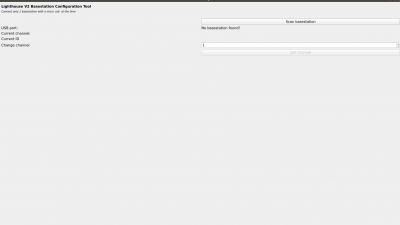 Here the screenshots of the terminal for one of the V2 basestations: 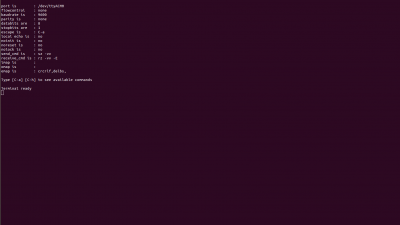 Then hitting the tab: 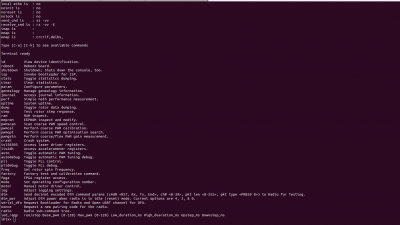 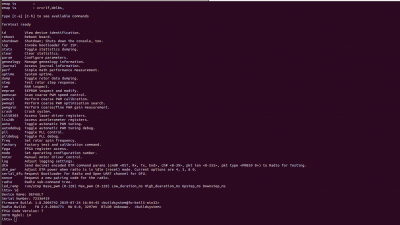 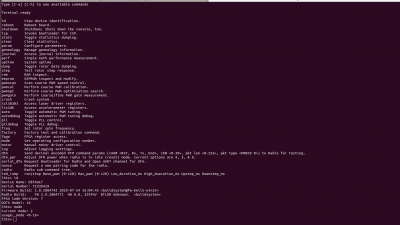 Now, I assume that the channel is set to be 2 and the id is DEFAULT, just like in the documentation, correct?

Great dumps, exactly what I was hoping for. Thanks!

Unfortunately it looks very much like what I get on my base station so I don't know why it does not work on your setup.

I tested on a base station with the exact same FW as your base station and it works, so that does not seem to be the problem. Could it be related to pyserial, which version do you have?

If you are interested in looking into the problem your self, you will find the code here https://github.com/bitcraze/crazyflie-c ... _dialog.py It is pretty straight forward.

To set the channel manually all you have to do is

One of the base stations should use mode 1 and the other mode 2.
Top

My pyserial version is 3.5.

I will also look for it myself. Does it matter on which operating system I test? (I have ubuntu 18.04)

Ok I see, so the channels have to be different. And what if I want to use 4 basestations? Do I have to set the channels to 1-4?

By the way I tested with:

We have documented this for the LPS Tools (https://github.com/bitcraze/lps-tools/b ... t-on-linux) that also uses the serial port, but it seems to be missing for the client. I'll add it.
Top

Yes, that solved the problem (Note that the ID is not DEFAULT, I think it is the serial number). 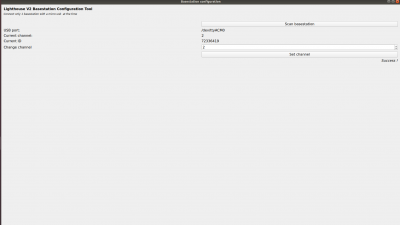 I had to add my user to the dialout group.

Yes, the ID is a unique ID for each base station
Top
Post Reply
9 posts • Page 1 of 1