Discussions related to positioning systems where the position is calculated outside the Crazyflie and sent to the device using radio, including MoCap systems
Post Reply
4 posts • Page 1 of 1

We are using HTC Vive V1 base stations and lighthouse positioning deck with CF 2.1. We have a few questions:

1. In the autonomous_sequence_high_level.py example, how can we generate a customized trajectory without HTC Vive controller?

2. We use initial_position code available in positioning folder in examples. We try to modify the coordinates according to our environment. But the CF does not fly precisely. (Note: we already calibrated the CF). The environment is shown in figures below. Sometimes, it follow points but most of the times it fly randomly which we didn't specify in our code.

Actually, we want to fly the CF from one helipad (yellow colored) to the second and then from second to third. The initial_position code specifies the landing on only second point and then we need to run the code again with different coordinates to go to the third pad.

3. How can we tilt the CF in one direction while it is hovering on specified coordinates in initial_position code?

Any help in this regard is appreciated. 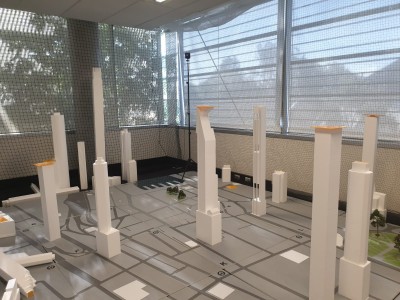 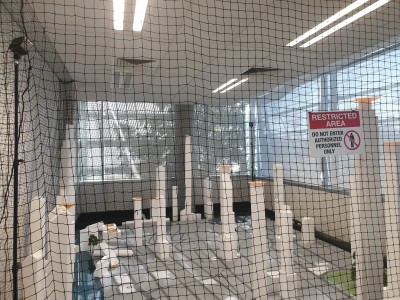 Im not quite clear on what your described objective is.

But from my personal testing,
Since the CF Starting position is uploaded into the CF Firmware.
I assume you're running the HL_Positioning_Commander (examples>position_commander_demo.py)
which on every run, of the code, it will start from the position you've captured, and uploaded into the firmware.

But changing the code style to Examples>swarm>HL-commander-swarm.py, Just define for 1 CF, if you'r not running 2CF or more,
and change the flying style/commands in that code. It does not return to the "firmware" starting position on every run of the code.

Many thanks for the reply.

Actually, it was the problem of low battery. Whenever the battery recharge level goes down to 3.6, CF starts flying randomly. We need to recharge after a few flights.

How can we fly the CF on low battery level suppose 3V? We consider the initial_position example code.

In the autonomous_sequence_high_level.py example, how can we generate a customized trajectory without HTC Vive controller?

The sequence is actually not recorded with a Vive controller, it is generated. You can read more about trajectory formats in https://www.bitcraze.io/documentation/r ... y_formats/
There is an example script that generated polynomials from bezier curves as well https://github.com/bitcraze/crazyflie-l ... jectory.py


How can we tilt the CF in one direction while it is hovering on specified coordinates in initial_position code?

A quadrotor moves by tilting and it is not possible to hover while tilting.
Top
Post Reply
4 posts • Page 1 of 1