After much trial, error, mapping and trimming I finally got the Crazyflie into the air and controllable. I'm using the Xbox 360 controller. The trims and default values had to be tweaked. I don't think any one will be able to fly their CF right out of the box with out a bit of set up. I also added a set of bumper / landing gear to help absorb the landing and take off vibration. I have satisfied my self that the CF is airworthy! I can't wait to dig deeper into this awesome device. Here is a link to the video. http://www.youtube.com/watch?v=ou8rVIsPAXA
Top

Glad to hear that you have it flying! It's a bit hard to get flying in the beginning we are working on a tips and tricks page but we still haven't had the time to add any information

Did you try flying it inside? Since the Crazyflie is so light it will be affected by the wind outside and that will cause it be less table.

What are those bumper thingies you got beneath your motor mounts? Looks interesting

What are those bumper thingies you got beneath your motor mounts?

I removed the ends of some Nerf darts and glued them on. They are working well for the landings and though I have no way of quantifying at this point hopefully absorbing vibration especially on a bumpy takeoff.

I did try to fly indoors but I used the larger outside space to setup the trims. I bought the Crazyflie so I could experiment inside but at this point there was to too much bouncing of of walls and furniture. I modified my Crazyflie with a battery plug for the batteries I had purchased for my other small quad so I already have a few batteries and chargers. I'm also using a larger antenna I removed from a 2.4 - 5ghz wireless router.
Top

Nerf darts! Brilliant! As I have those lying around here I just tried it out myself. Instead of glueing them on I just added a small notch to allow them sit a bit higher on the motor mounts, "embracing" the arms, and depend on the pressure fit. Two crash landings later they are still attached, and the Crazyflie seems to handle fine as well. Awesome idea, really! 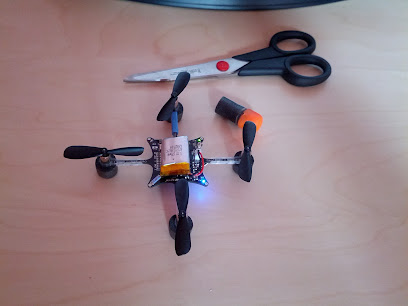 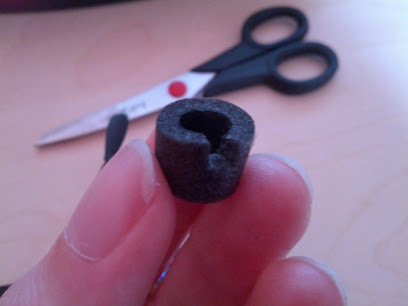 I was wondering if I can misuse those silicone rubber ear plugs, which came with my headphones. And guess what? Thy fit right perfect;)

I have yet to get a controlled flight, but I have only had a few chances. I really had to put a limit on the thrust values to like 45% just to keep it from launching into the ceiling. My problem is when it gets into a compromised area, I panic & let go of the controller pad (Android client). It promptly falls. Thankfully this has mostly occurred indoors a few feet from the floor.

I will be adding the nef dart/earplug feet to it this week & I am also thinking about relocating the batter to the bottom of the crazyflie. Has anyone experimented with that location? Seems like it may help keep it upright.

There is a great Ted talk video about quads here: