I do not use VM. So I consider the simple link between core Linux system and microsoft receiver-wireless xbox 360. My test is to look at /dev/input for the existence of a jsx devices (js0, js1, etc). When it worked, the jsx device appeared when the contact between the receiver and the joystick was established.
Presently, I can never obtain a jsx device. The problem should be somewhere between usb driver, electrical connexion, receiver and joystick. That's why I consider that joystick driver and bitcraze software are not concerned. Whenever the jsx is present, the driver xpad starts up immediately and cfclient runs right. But without jsx, nothing can happen.
The only possible explication seems for me to be some electrical random failure. But where is it. Not in the computer because the problem is the same with three different machines.
What can I do ?
Jean-Claude
A new test this morning with Lifebook/Debian, the connexion is ok. But not on raspberry.... Of course, when there is no jsx device, nothing appears with lsusb. I begin to be mad!

@ Konstantin thanks for the report, I think I tried with setting the VM USB to USB3 and did not see any improvement, I am going to test again, this could be very useful if it can improve the VM USB situation!

@mitteau, I have no experience with the receiver-wireless xbox 360 but if you can reproduce the problem with multiple computer I would agree with your interpretation that the receiver might have a problem. To be sure you could try on Windows.
Top

Thanks, I will do.
Jean-Claude
Top

Hi
After some time, I bought windows 10 system and install Crazyflie python client. On this system:
1/ my xbox360 + receiver does not connect. I suspect my receiver is not a Microsoft one, although vendor and product are correct. See the photo. The word Microsoft is not written onto. 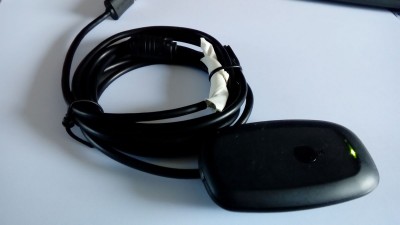