first of all i'd like to say thanks to the Devs that made this possible for us and thanks to all of you in the community for all the awesomess contributions.

I got my crazyflie a few weeks ago, but recently got to getting the soldering finished. i'm pretty new at this soldering tiny SMD's and such. I got the idea to put my crazyflie on a Blade Nano QX frame, and maybe motors. I took the motor connectors off a NanoQX board and soldered them to the CF. Now, here's where i even get lucky it seems as when i connect the motors via the plug in connector, everything is correct. I booted up CF, the CFclient, connected and had my first CF flight. It is truly an awesome little programable quad.

Now to get it on the NanoQX frame. The wires are a little bit too short to reach. I think it will be way cool to have the prop protection that the NanoQX frame provides.

Also, roach's FPV setup is awesome. that is what im working on now. I already had this idea from months ago. Just took awhile getting everything and working it out. i'm still new to this microcontrollers and everything. I have the FPVhobby's 1g camera and 10mw transmitter. i have it down to 2.5gr. i'm sure i can get that down to 2gr soldering it directly to the CF. Well as i've learned from you all, the CF don't carry much weight. To do that i need to pretty much do the double motor mod that i think absoloodle37 did. I think im going to try that with the NanoQX as the frame. i've cut one down a bit and put it on top of the other in a mockup of what it will look like. I think it looks pretty cool. From what i calculate and what is said it can carry fairly effeciently is about 10gr. It will probably be at 7gr with the extra NanoQX frames and FPV equipment. Thanks to Roach for the work you saved me on trying to figure out where i need to connect up.

so what do you guys think? and thanks to everyone you all have inspired me. 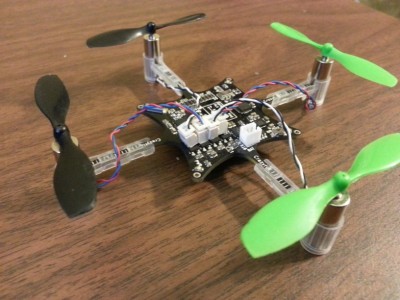 NanoQX 2 frames placed together for a double motor setup 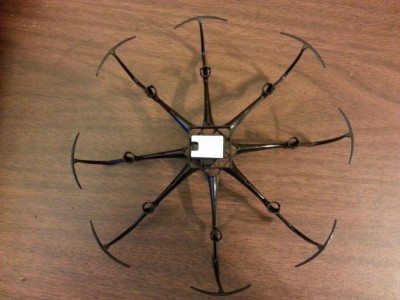 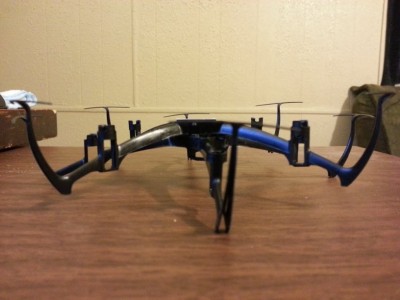 Wow! Awesome! Do you have any more information on how you managed this? I wonder if this would work on something larger like the MQX?
Top
Post Reply
2 posts • Page 1 of 1