Swarm with LPS and Polynomial Trajectory

Swarm with LPS and Polynomial Trajectory

I implemented a swarm with 2 CF 2.0, 8 LPS anchors (TDoA 3) and polynomial trajectory.

I notice that the performance of URI1 is always better than URI2. Independent of the aircraft, the trajectory, the Crazyradio. But shouldn't they run in parallel and behave more or less similarly?

I have attached two images.
Trajectory on the X axis: URI1 and URI2. Notice how the second's performance is worse ... 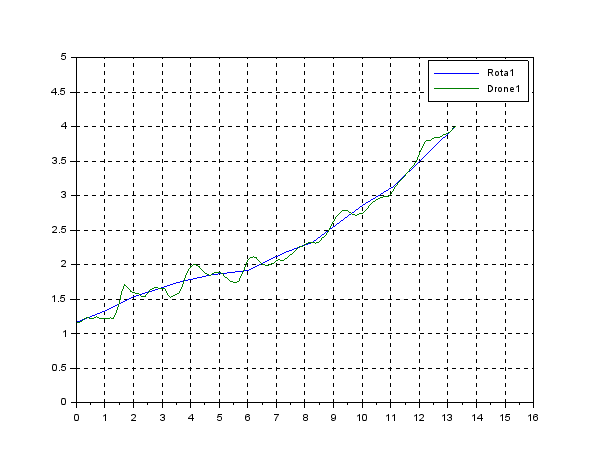 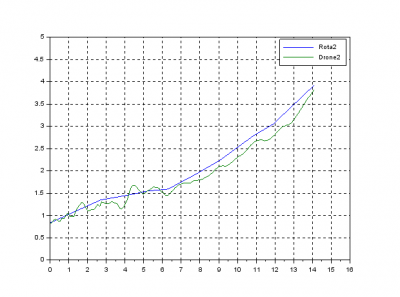 Any idea why this occurs?

I expected better swarm performance. It is visible that the flight of both aircraft worsens in swarm, but the URI2 even more.

Re: Swarm with LPS and Polynomial Trajectory

This is interesting (and unexpected)!

I assume you are running from python using the Swarm class and the high level commander?
You mention that you use polynomial trajectories so that should mean that you upload the trajectories and essentially just send the start command?

Is there a lot of other communication going on, such as logging?

I'm not sure what is happening but it can be related to radio interference. The Crazyflie radio and LPS are affecting each other and transmissions from the radio on the Crazyflie will induce noise in the LPS receiver and degrade performance a bit. For this reason it is good to reduce transmission from the Crazyflie as much as possible.

1. The radio channels you are using (81 and 82) are very close and will most likely interfere with each other, cause retransmissions and unnecessary radio noise. One interesting experiment would be to separate them a bit, for instance chan 80 and 90 to see if it makes any difference.
2. If you have a lot of logging from the Crazyflie you could try to turn it off to see if that has an effect.

I don't see how radio interference would explain why URI2 behaves worse than URI1 though. You could try to swap the radio channels in your code to see if the lower performance is related to the radio frequency or the order in the program.

The connections run in parallel and this is implemented using python's threading. Python threading has some limitations but I don't see that it would cause this type of problems.
Top

Re: Swarm with LPS and Polynomial Trajectory

"I assume you are running from python using the Swarm class and the high level commander?
You mention that you use polynomial trajectories so that should mean that you upload the trajectories and essentially just send the start command?" - Yes!!!

There is a lot of communication going on, I am reading twelve state variables.

I separated the channels (80 and 90), and apparently problem solved.

I also came out of an environment that could have a lot of wifi interference, although I don't think this was the cause of that problem.