I have made a new drone using the bolt. While when I run the example: flowsequenceSync.py.

How can I solve the issue to run the example I mean slowly take off without too much drift?

Could someone help me, I would appreciate your answer.

Can you let us know your setup? My guess is that you are using a flow v2 deck and no absolute positioning system?

One issue with the flow deck is that it is kind of "blind" below 8 cm from the ground so the takeoff is "open loop", until the Flow deck starts to get flow measurements. Also close to the ground you get high turbulence which doesn't help the situation. This effect can be improved a bit by having a well balanced and tuned drone. Thus if the drone is flown manually and only thrust is applied when taking off it should go straight up.
Top

I was only equipped with the flow deck on the crazyflie bolt. I have made some modifications to the flowdeck_v1v2.c and zranger2.c

The drone is now better than before but there sometimes appears the drift issue in my room. I used some gray cushions on the ground. Do you have any ideas on solving the drift issue except I put some colorful ground patterns?

You said that below 8cm, the flow deck is blind, but as for the crazyflie. I have one crazyflie in my lab. The flow deck we mount on the crazyflie is actually super close to the ground right. But it can still fly very stable. So the question is: for the larger drone I made using the bolt, should I make some higher landing skids to prevent the drift issue?

The drone setup is shown as below: 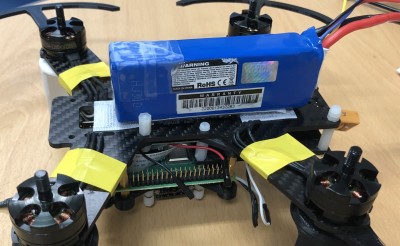 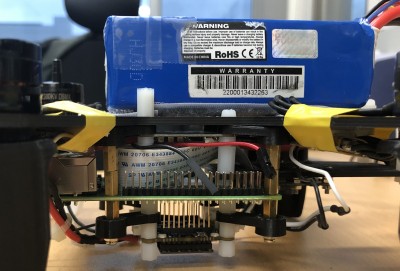 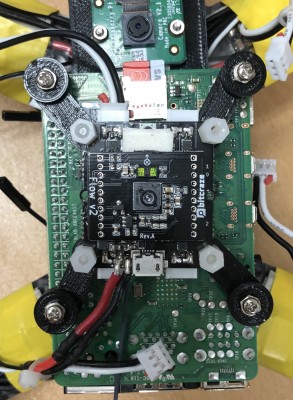 Do you have any ideas on solving the drift issue except I put some colorful ground patterns?

More features on the floor will probably improve the situation. This should also be true when it is close to the floor.


So the question is: for the larger drone I made using the bolt, should I make some higher landing skids to prevent the drift issue?

Right now I think we use the flow values even though it is close to the ground. Possibly ignoring values if they are below e.g. 5 cm would improve things.

Thanks, tobias. So how can I modify the code to ignoring values below some heights?
Top

I suggest doing it in the measurement model for flow, mm_flow.c. You could try and simply return from the function if height is below 0.1m.